Here’s a funny story….When Simone picked up the guitar at the age of 13, he didn’t put it down until the neighbors called the cops with a noise complaint…

Here’s a little more about him...

Born and raised in Rome, Italy, Simone Attenni is a versatile guaitar player and singer/songwriter with vast experience in Rock, Blues, Pop, R&B, and Jazz. Growing up, Simone was very inspired by the music of Led Zeppelin, Jimi Hendrix, The Police and Michael Jackson. In hopes of finding a venue that could handle all his energy, Simone began touring Italy with several bands, performing both originals and covers. During that time, he also began producing and recording as a session guitarist for numerous Italian bands, artists, and for film and TV soundtracks including the movie “Nessuno mi puo giudicare” (Escort in Love).

Simone moved to Los Angeles in 2014 to pursue his dream and play with the world’s most influential musicians. He first attended Musician’s Institute, where he studied with Scott Henderson, Bruce Buckingham, Sid Jacobs and Allen Hinds to name a few. Following graduation, Simone was hired as a teacher’s assistant at MI. He also began collaborating with several bands and artists in Los Angeles.

In May 2018, he graduated with his Master of Music in Studio/Jazz Guitar program from the University of Southern California’s prestigious Thornton School of Music, under the guidance of Richard Smith, Frank Potenza, Steve Trovato and Paul Jackson Jr. While attending USC, he worked as a student instructor teaching undergraduate students. He was also employed by USC Virterbi as a sound designer, Pro Tools editor and composer.

What Our Clients
Have To Say

"We first got acquainted with Briana 9 years ago at Yamaha school of Music when she taught my older son who was then 7 yrs of age. She was enthusiastic and inspiring! She allowed for variations and creativity and even allowed the kids to compose their own music, sing along with music or try different tricks with the Piano to explore their horizon! Later, when I needed a private tutor for my younger son....I secretly wished I could have Briana!

Little did I know that my wish would come true with a surprise meeting at Caribou coffee! Indeed, it has been a great journey with Briana! We have had her as a teacher for group lessons and private lessons....both of which have had a different flavor but have been gratifying. What is wonderful about her is that she has the insight as to how to teach a certain child to have the kid be best receptive to the lesson.

She is always polite. She is firm and disciplined, but not intimidating. If a child follows along with the instruction, she is out there to help push them further and maximize their potential as a musician. She puts in great effort in her recitals! The children perform with zest and her own performances are inspiring as well!"

“Briana is a talented musician, performer and teacher. She values & recognizes the unique talent of each student and tailors her lessons to their individual needs to allow them to shine in their own unique way. Briana incorporates her sense of humor during lessons to ensure her students are comfortable, yet always demands a high level of rigor and remains extremely professional.”

“I booked a 12 week online keyboard course with Briana. Her process looks like this...
She teaches you theory, song structure, sight reading over a zoom lesson. You then take what you've learned and practice over the next weeks. You are expected to send videos for accountability (which is really helpful). You are also given the tools to learn on your own. She has great energy and is a fantastic instructor. If you are looking to learn, improve, or brush up on your skills, she is your gal!” 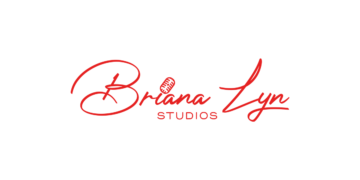